There’s a reason hurricane season runs through Nov. 30. Click to expand UP NEXT After back-to-back tropical weather for the Houston area, followed by a few weeks of relative calmness in the Atlantic, the tropics have once again come alive. And there’s one system out there that our meteorologists are […]

After back-to-back tropical weather for the Houston area, followed by a few weeks of relative calmness in the Atlantic, the tropics have once again come alive. And there’s one system out there that our meteorologists are keeping a close eye on. On Sunday, Invest 92L developed into potential Tropical Cyclone 26 and then strengthened into Tropical Depression 26.

The National Hurricane Center continues to monitor three other systems in the Atlantic, including the remnants of Hurricane Paulette that formed over a month ago and a wave in the open Atlantic that doesn’t appear to be a threat of any kind.

There’s also Tropical Storm Gamma. Gamma is looking to pose no threat to Houston or the U.S. for that matter, but potential Tropical Cyclone 26 is raising a few eyebrows.

Invest 92L developed into potential Tropical Cyclone 26 in the National Hurricane Center’s 5 p.m. Sunday update and a few hours later developed into Tropical Depression 26. The system is expected to reach the Gulf Coast as a strong hurricane later this week.

When it becomes the next tropical storm it will be assigned the name ‘Delta,’ the next name on the Greek alphabet.

The current forecast from the NHC takes future ‘Delta’ through the central gulf where it is expected to become a fairly strong hurricane. Current projections show it making a landfall in southeast Louisiana as a category two hurricane with winds of around 100 mph.

It’s important to know that the error in the forecast five days out is pretty significant in terms of track and strength. This is one we’ll need to watch.

KHOU 11 Meteorologist Blake Mathews said it would be extremely unusual for a tropical storm or hurricane to hit the upper-Texas coast so late in the season. However, if we learned anything in 2020, something that is rare doesn’t mean it’s impossible.

The storm is expected to create tropical storm conditions in the Cayman Islands on Monday before heading toward western Cuba on Tuesday.

The last time a hurricane hit the upper-Texas coast this late was Hurricane Jerry on October 15, 1989.

While most of the computer models take this well east of Houston, we’ll need to monitor the system for any deviations west in its eventual track.

Tropical Storm Gamma formed Saturday and quickly powered up into a strong tropical storm with 70 mph winds. In fact, it strengthened so rapidly that the NHC was forced to issue a hurricane warning for the Yucatan Peninsula.

While it didn’t quite make hurricane status, it still brought high winds and driving rain to areas near Cancun.

Gamma is forecast to turn west on Sunday and eventually west-southwest towards the Bay of Campache where a second landfall will be possible in southern Mexico.

The good news, Gamma will pose no threat to Houston or the U.S. for that matter.

Thu Oct 8 , 2020
(Los Angeles Times) A firefighter with the San Francisco Fire Department has died during a training exercise, officials said. Department spokesman Lt. Jonathan Baxter identified the firefighter as Jason Cortez, a father of two in his early 40s. Cortez, of Station No. 3 in the Tenderloin, was injured around 10 […] 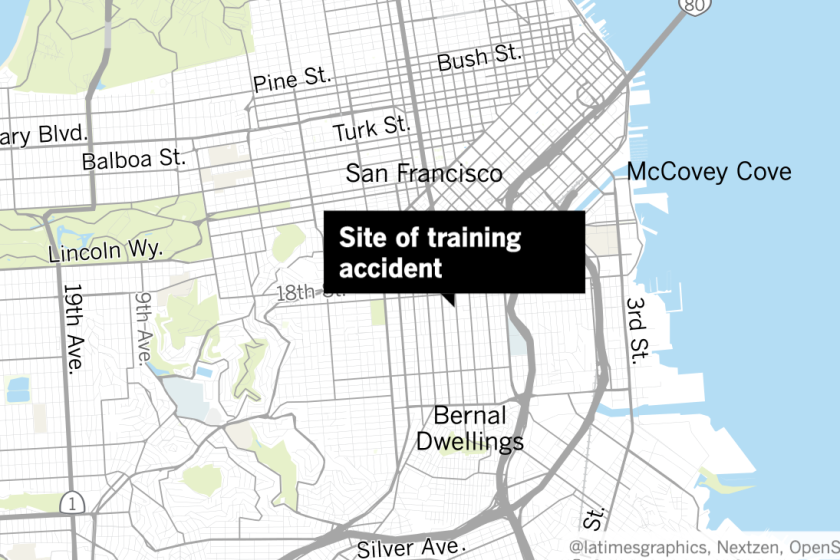