Last week we looked at The Disguises of Depression. Readers learned that children and the elderly are decades apart in having much in common, but one thing is certain: identifying depression in both can be tricky. There’s a good chance they don’t look like the stereotypical down and out depressed person. This week and next, we’ll review the finer details of identifying it in both populations.

Childhood depression is a different animal

Working in a juvenile court, I see many unruly kids and teens. I joke that our purpose is to disprove all court-involved youth have Oppositional Defiant Disorder (ODD) and ADHD. Like a restless kid being reflexively diagnosed with ADHD, ODD is frequently reflexively diagnosed in youngsters who get irritable, argumentative, and complain.

Cross-referencing these “ODD” symptoms with depressive ones, however, there’s plenty in common and room for error. The Diagnostic and Statistical manual of Mental Disorders (DSM) is clear that ODD should not be diagnosed if the unruly behavior can be better accounted for by depression. The fact is, depressed youth are more apt to exhibit  irritability, challenging behaviors and physical complaints (McCarthy, 2018). Further, mood expert Francis Mondimore, MD (2006), noted that depressed younger children can exhibit regressive behaviors like bet wetting and thumb sucking. 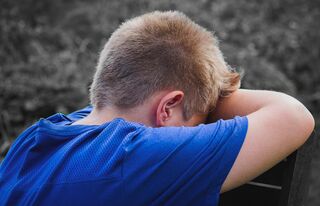 Suggesting a child’s poor behaviors could better be accounted for by depression, I’m sometimes met with the argument:

“What do they have to be depressed about, they’re a kid!?” (i.e. It must just be that they’re an ingrate with an attitude.)

Unfortunately, depressed children are not uncommon. The Centers for Disease Control (CDC) inform us that upwards of 4% of youth aged 3-12, and over 6% of those aged 12-17, experience the condition. Depression does not necessarily have to be “about” anything. It can also be endogenous; in other words, “it just happens,” from genetic complication.

We also know that just because life looks rosy doesn’t mean it is.

The case of Kora

Kora, age 12, is the only child of Robert and Marsha. Robert, an attorney, works late, rarely seeing Kora during the week. Marsha is a physician’s assistant who, despite a 7-3:30 position, is often on call or socializing when with Kora at home. The family takes expensive vacations and wants for nothing. Since elementary school, Kora was a bit temperamental, but her parents figured she’d outgrow it. Now, in 7th grade, she had consistent “attitude,” especially with Marsha. Everything seemed a power struggle. Kora’s grades plummeted and her parents were on her back. Robert never reached out to Kora just because, but could blow up her phone with good grade pep talks. Their message was clear: Kora was expected to follow in their footsteps to academic all-stardom and beyond. She never knew anything different and was bored with it. Kora would sometimes sneak out and not bother doing her homework. “I want to feel alive,” she said of the excitement in getting one past her parents.

Besides, nothing was good enough. “A? Why not an A+?,” her parents would say. The older she got, the higher the pressure. This school year, Kora developed frequent stomach discomfort and headaches. Marsha told the school nurse it was Kora’s school avoidance tactic and would not come get her. Feeling invalidated, Kora would erupt at Marsha upon arriving home. They’d argue until Kora left against Marsha’s demands, or would lock herself in her room and sob herself to sleep. Lately, her physical complaints increased and Kora began refusing to go to school.

“We give you everything!” Marsha would scold Kora, “We simply ask that you go to school and try your best, and we get zero in return!” At a school meeting for Kora’s academic concerns, staff sensed significant tension in the family and made a referral to Dr. H. In his office, Kora explained how she hated her parents and never felt good enough. She viewed herself as having been groomed to be a “trophy child” they could show off. Kora envied classmates who were allowed to just be kids. Tired of being pushed to the limit academically, Kora loosened her grip on her studies. She also knew that doing the bare minimum to pass would irritate her parents; it was a way of shifting the power dynamic in her favor. 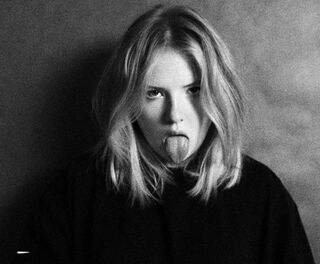 At first glance, Kora is a misbehaving brat. Looking closer, her behaviors were fueled by feelings of inadequacy, invalidation and losing out on childhood. Her boredom/unmotivated state is seen as defiance. Her somatic symptoms were conceptualized as opposition. Kids and teens aren’t the most articulate people yet, so she lashed out in anger to show her emotional state, and arguments ensued. Clearly, children with emotional problems are at risk of being seen as a mere problematic kid, and faulty treatment follows.

1) Assess thoughts and feelings (since youth may not be articulate enough to express such things, questionnaires like the Incomplete Sentences Blank can help clinicians). Are they:

3) Children with depression are prone to somatic symptoms, especially headaches and  stomachaches (Mondimore, 2006).

5) If fatigue, appetite and sleep disturbances are present, depression is more likely.

If the course of the long-standing “ODD” symptoms have occurred in the company of social isolation, appetite and sleep disturbances, lack of motivation and poor self-esteem, chances are the “bad kid” should be reconceptualized as a depressed kid. Being a kid or teen is hard enough. Imagine those trials and tribulations coupled with feeling like hell and maybe not even knowing why, only to have people constantly telling you to shape up? 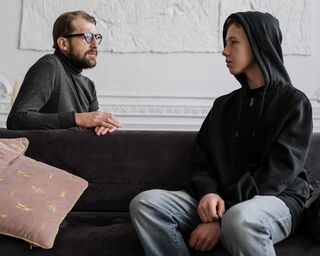 Kids like Kora need empathic, depression-focused treatment, not endless weeks of finger wagging and family therapy focused on limit setting. As the depression is tackled,  behavioral dysregulation often takes care of itself. Chances are, there’s a good kid trying to reveal themselves. Let’s help them not miss out by not jumping to ODD conclusions.