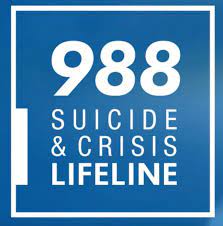 TOPEKA – After signing a bipartisan bill to fund the statewide suicide prevention hotline 988 earlier this year, Governor Laura Kelly today announced her appointments to the 988 Coordinating Council. The Council will advise the Kansas Department for Aging and Disability Services (KDADS) on the implementation of the 988 hotline.

This round of appointments are as follows:

The Governor also made the following appointments to the board earlier this month:

In June, Governor Kelly signed Senate Bill 19 to fund and regulate 988 as the official 24/7, three-digit dialing code for the National Suicide and Crisis Lifeline. As of July 16, Kansans and all Americans can call 988 for help during mental health and substance abuse emergencies. The operation will be supported with $10 million in annual appropriations from the state and will be overseen by the 988 Coordinating Council.