The 2020 French Open, which begins Sunday in Paris, is working like most every other sporting event under strict health protocols because of the coronavirus pandemic. The organizers of the event, which was postponed from its late spring time slot because of the health crisis, are hoping to make a bold statement.

“We want our tournament to be truly remarkable and to set an example, from all angles,” Jean-François Vilotte, director general of the French Tennis Federation, said in an interview posted on the tournament’s website. “By setting an example with our tournament, we hope to prove that we can get the economy back on track, though it goes without saying that certain conditions and certain restrictions must be respected.”

The only other Grand Slam played since the pandemic was the recently completed US Open in New York. While some of the protocols and restrictions adopted by the FFT will seem familiar, if not identical, there is one big difference in its approach compared to the USTA.

US Open officials designed their event to take place in a biosecure bubble which, among other things, ruled out fan attendance and somewhat limited player participation. The French have opted to take a calculated risk in producing a more “open” Open.

Let’s compare the two approaches in some key areas:

French Open: The organizers at Roland Garros originally had an ingenious master plan to bring 11,500 fans onto the site, dividing them up into three separate areas in order to conform to a 5,000-person limit on gatherings. But a late-summer spike in COVID-19 cases forced the tournament, in consultation with health officials, to scale back the maximum number of spectators to 1,000. The zonal division idea was jettisoned.

Seats at Roland Garros will be allocated according to social-distancing parameters, with empty seats separating fans. Up to four people in a single party will be able to sit adjacent to one another. Seats on the outside courts will be open, but there will have to be at least one empty seat between spectators. Everyone older than 11 will have to wear a mask or face covering at all times, and there will be hand sanitizer dispensers installed all around the stadium.

US Open: The USTA decided that since New York City was still just emerging from its worst days of the pandemic, it would have to create a bubble if it wanted to get approval from local and state health officials to host a tournament. Allowing spectators in was antithetical to the bubble approach. Without fans, the USTA was able to turn the entire grounds of the USTA Billie Jean King National Tennis Center into a safe, comfortable zone for players and essential personnel.

French Open: The FFT does not want any asterisks attached to its Slam, so officials decided to host all the usual major competitions, including qualifying, doubles, wheelchair and junior events. Only mixed doubles was dropped. It will continue to be an enormous undertaking.

US Open: Organizers believed there was a strong need to limit the number of people inside the bubble while still staging a credible Grand Slam tournament featuring the main events. They settled on 10 events, with singles and doubles draws for men, women and wheelchair competitors, as well as singles and doubles for quad participants. Qualifying, juniors and mixed doubles events were dropped.

French Open: The total payout at Roland Garros was reduced only 11% from 2019, to roughly $44.3 million euros. But while top performers will earn less, the pros most in need in these difficult times will benefit. To do this, the difference in prize money awarded to the winners of the singles tournaments has been drastically reduced. The singles champions will earn about $1.8 million (down from last year’s $2.7 million). This year, first-round losers will earn around $70,000, a 30% increase over 2019.

US Open: The total prize money of $53.4 million (U.S.) represented a 6.7% reduction compared to last year. The prize money for the men’s and women’s singles winners took the biggest hit, down 22% to $3 million this year. First-round losers earned $61,000, a $3,000 increase. Losers in the first and second rounds of doubles also received a modest boost.

French Open: The qualifying rounds are being played without spectators, mainly because of crowding concerns as large numbers of players began arriving on site at the start of the week to begin practicing for the main event. 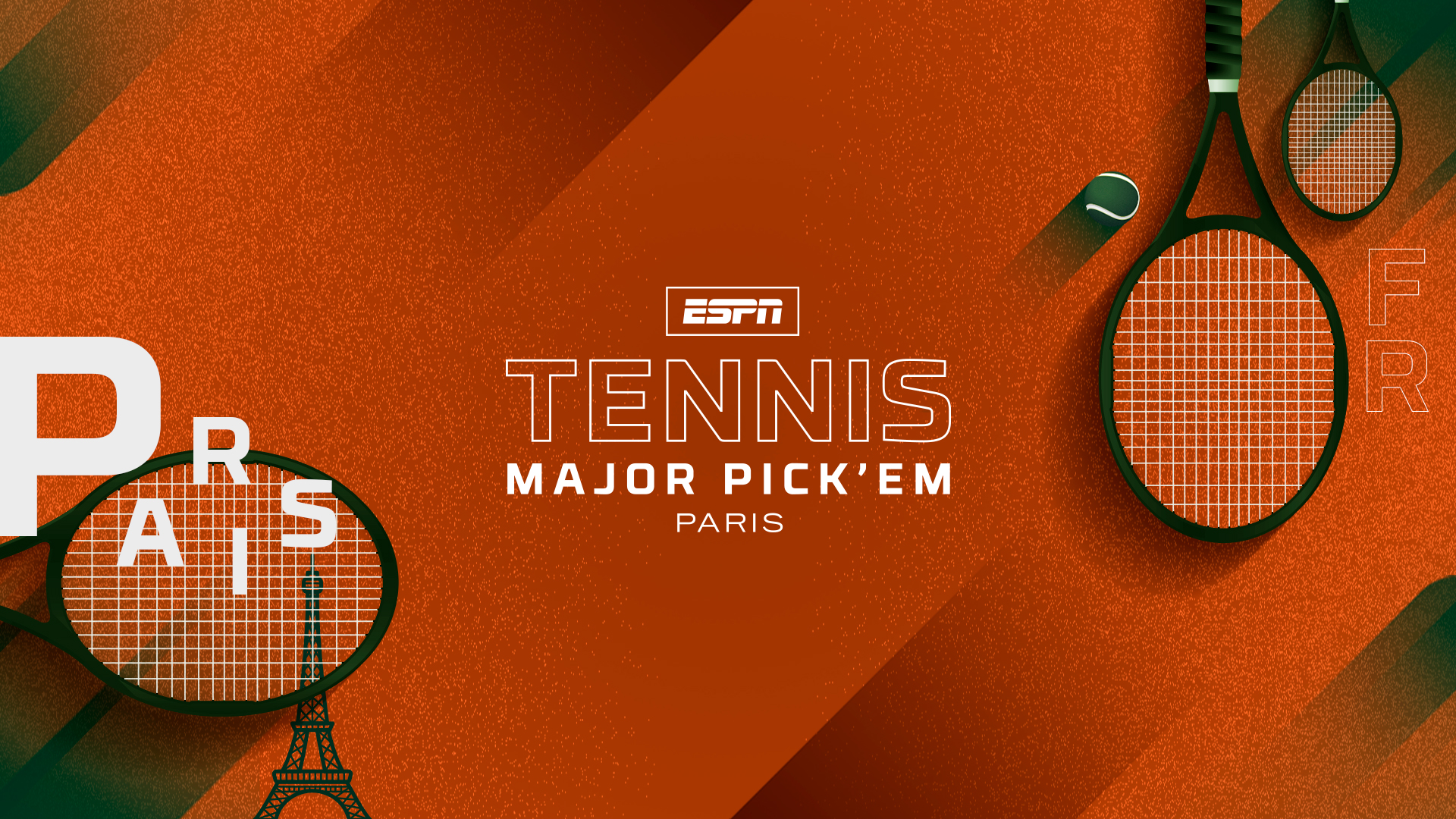 Make your picks and compete for $1,000! Make Your Picks

The organizers stepped up and increased qualifying prize money by 27%. First-round losers will now bank about $11,500, a 42% increase from last year. “The players competing in this [qualifying] event are those who have been the most affected by the COVID-19 crisis, financially speaking,” FFT officials said in a news release.

US Open: New York state officials mandated the tournament could not have a separate qualifying event, out of concerns related to the pandemic and the integrity of the bubble. Instead, the 16 places traditionally reserved for qualifiers were filled by those next in line for entry based on ranking.

French Open: Upon arrival in Paris, players (as well as other tournament-related personnel) had to be tested for COVID-19, with a second test 72 hours later. If negative, the pros will subsequently be tested at “regular intervals.” The players were also restricted to staying at one of two official tournament hotels, but there was no restriction announced on their movements while offsite.

The decision against private housing was troubling to Serena Williams, who owns an apartment in Paris. “I’m super-conservative because I do have some serious health issues, so I try to stay away from public places,” Williams said at the US Open. “I have been in a really bad position in the hospital a few times, so I don’t want to end up in that position again.”

The competitors will only be allowed on site at Roland Garros on days when they have scheduled matches. On the alternate days (at Grand Slam events, the players alternate days of play and rest), the pros will only be allowed into the nearby Jean-Bouin training center, a facility used mostly for rugby. It will be set up to accommodate players’ needs in the same way as Roland Garros, with workout areas, relaxation areas and food services. The players will be required to wear masks or face coverings when not actually practicing or playing.

US Open: The bubble approach largely ruled out some of the freedom of movement that the players in France will have, but it also greatly reduced the risk of infection or transmission. The US Open was set up as a single biosecure site for training, playing, dining and relaxing. Much of the National Tennis Center was converted into a giant outdoor lounge, so players had the option to spend the entire day there. The players were required to mask up at all times when not training or competing.

With no extraneous personnel or fans on site, the atmosphere was extremely relaxed and mellow, although Andy Murray said the atmosphere was “sad” and most found it somewhat inconvenient. Those who wanted to stay in private housing were allowed, with some restrictions and conditions that ensured they would not violate bubble protocols and rules. Most lodged in either of two nearby hotels. Trips to Manhattan were forbidden to all players, regardless of where they stayed.

While the vast majority of players endorsed the bubble approach and felt secure in the environment, some bridled at the restrictions, especially those among the seven players who had to operate under “enhanced protocols” due to their contact with Benoit Paire, the only player to test positive for coronavirus prior to the start of play (he was removed from the draw).

One of those players, Kristina Mladenovic, said after her second-round loss: “I was playing well but I was feeling on the edge. What [the USTA] are forcing us to go through is abominable. I want my freedom back. I feel like we are prisoners here.”

French Open: There will be systematic cleaning of all contact surfaces around the site, along with an abundance of hand sanitizer stations around the grounds. Ball persons, line judges and chair umpires will wear masks. No towels will exchange hands. It will be up to the players to retrieve and use their towels while observing the 25-second rule (and clock) that calls for play to be continuous.

French Open officials believe electronic line-calling is unnecessary on clay, because the ball leaves a mark that chair umpires can examine in the event of a questionable call. Matches will have line umpires, and they will be wearing masks and observing social distancing and other health protocols.

US Open: The US Open had similarly stringent restrictions. The towel rule irked some players, who believed they were unable to use their towels without feeling overly rushed. The US Open became the first Grand Slam event to use the fully automated Hawk-Eye Live electronic line-calling on all but the two main show courts (Arthur Ashe and Louis Armstrong featured line judges and the familiar Hawk-Eye review/challenge system).

French Open: The main stadium, or Court Philippe Chatrier, was undergoing massive renovations, including the addition of a roof and lights for night play, when the pandemic postponed the tournament until late September. The renovation is now complete. Twelve courts on the 30-acre site also have been equipped with floodlights. While there are no night sessions planned until next year’s tournament, the lights may come in handy when it comes to finishing matches in the early autumn dusk, or inside the stadium should the weather take a turn.

US Open: The USTA made no significant structural changes in the past 13 months. The National Tennis Center takes up half as many acres (46.5 acres) as Roland Garros, and the American Slam has a long history of night play. Even with health-related restrictions and social distancing, there was no pressure on the schedule-makers. But the tournament did forgo the use of the grandstand stadium (capacity: 8,215) that was inaugurated in 2016, turning it over for use in the Western & Southern Open front end of the “double in the bubble.”