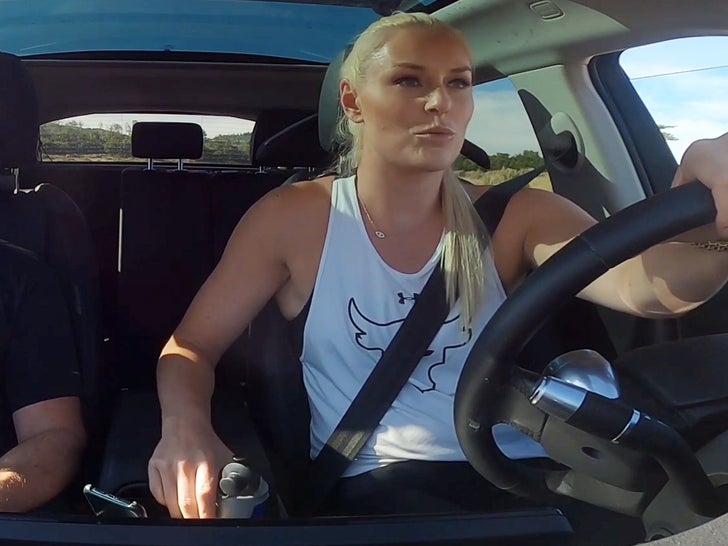 Lindsey Vonn says she seriously considered switching sports from downhill ski racing to Formula 1 racing … but claims a policy about pregnancy prevented it from happening.

The 35-year-old Olympic legend explained the whole thing on “In Depth with Graham Bensinger” … saying she was specifically told she would need to make a 3-year commitment to NOT getting pregnant in order to get a shot as a pro driver.

“I was thinking about switching, going to Formula One. Like actually trying to be a racer, a driver. But, I couldn’t because they wanted me to commit, what was it, 3 years? And, they’re like you can’t get pregnant, you can’t do anything. I’m like hmm, I don’t know if I really want to do that.”

Vonn says the opportunity would have been with the Red Bull racing team — and it’s something she would have “loved to have done” … but ultimately, she wasn’t down to put off having a family.

BTW, Vonn is engaged to NHL star PK Subban — and it’s clear having kids is definitely on the table.

Lindsey is a huge fan of race car driving — she’s a natural behind the wheel. And, says if F1 didn’t work out, jumping to NASCAR was also a possibility.

During the interview, which airs on TV this weekend, Vonn also mentions how much MONEY race car drivers make compared to skiers.

“Probably the salary of one racer is probably the total amount of money that ski racing has for their annual budget as a sport. [Lewis Hamilton] makes more money than all of ski racing combined!”

There’s a lot more … Vonn also talks about her wedding plans with PK and the racism she’s encountered for being in an interracial relationship.

Regular cannabis exposure during pregnancy may cause cognitive deficiencies, anxiety in offspring

The country with the worst motorcycle death rate in the world