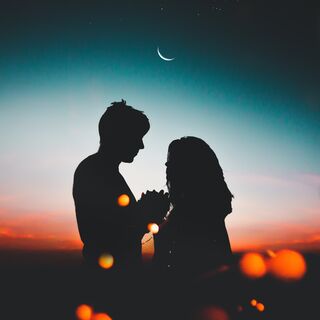 For the first time, researchers at Northwestern University’s Feinberg School of Medicine have identified how a single gene called aromatase (CYP19A1) triggers a chain reaction in the brain that converts testosterone into estrogen and seems to drive sexual desire in male mice. These findings (Brooks et al., 2020) were published on September 10 in the journal Endocrinology.

Until now, researchers didn’t know how aromatase fueled males’ sex drive. “This is the first key finding to explain how testosterone stimulates sexual desire,” senior author Seder Bulun said in a news release. “For the first time, we demonstrated conclusively that the conversion of testosterone to estrogen in the brain is critical to maintain full sexual activity or desire in males. Aromatase drives that.”

For this study, first author David C. Brooks and colleagues selectively knocked out the brain-specific aromatase enzyme in a cohort of genetically engineered mice. Despite continuing to have high levels of testosterone circulating in their blood, sexual activity in these knockout (bArKO) mice decreased by 50 percent in comparison to a control group of male mice with normal levels of aromatase in their brains.

Typically, if a male mouse with healthy amounts of aromatase in its brain were left alone with a female mouse in a laboratory habitat, it would “chase after her and try to have sex,” the authors observed. However, after knocking out brain-specific aromatase, a male mouse’s sex drive and sexual activity with female mice diminished significantly. “The male mice are not that interested,” Bulun noted.

“[Without aromatase] male mice partially lost interest in sex,” corresponding author Hong Zhao added. “Aromatase is the key enzyme for estrogen production. Estrogen has functions in males and females. Testosterone has to be converted to estrogen to drive sexual desire in males.”

Historically, estrogen has been considered a “female sex hormone,” whereas testosterone (which is produced by men in the testicles) is conventionally thought of as a “male sex hormone.” Therefore, for many of us, it may be surprising to learn that the latest research in mice suggests that mens’ sex drive may ultimately be driven by estrogen—which has been converted from testosterone via CYP19A1 aromatization.

The latest (2020) findings by Brooks et al. demonstrate that CYP19A1 aromatization of testosterone into estrogen drives normal sexual behavior in male mice. According to the authors, these research findings could have human implications for men with male hypoactive sexual desire disorder (MHSDD) or, on the flip side, men with hypersexuality who may have a compulsive sexual desire disorder.

“Lust’s passion will be served; it demands, it militates, it tyrannizes. Lust is to the other passions what the nervous fluid is to life; it supports them all, lends strength to them all: ambition, cruelty, avarice, revenge, are all founded on lust.” —Marquis de Sade (1740-1814)

As a hypothetical example, increasing aromatase gene activity could trigger a chain reaction that boosts the sexual appetite of older men with low sex drive. Conversely, inhibiting aromatase could be a targeted intervention that curbs sexually compulsive behavior in men who self-identify as so-called “sex addicts.” (See “The Misleading ‘Sexual Addiction’ Label” by Joe Kort.)

Of course, much more research is needed on how aromatase works in the male human brain. The next step for scientists is to see if they can develop brain-specific aromatase inhibitors/activators and then conduct clinical trials to establish if these pharmacotherapies have the same effect on sex drive in both “mice and men.”