NEW PORT RICHEY, Fla. — A depression in New Port Richey continues to expand at a rapid rate, according to the Pasco County Emergency Management.

The hole opened on Monday at a few-feet deep but has grown to more than 35 feet deep just outside Varsity Club Sports Bar.

Crews have closed Spring Haven Boulevard, creating an alternate route for residents in the area.

On Wednesday, Pasco County officials forced Varsity Club Sports Bar to temporarily shut down, forcing more than 40 staff members off the job. The sports bar had only recently reopened at full capacity since the coronavirus pandemic began.

“They have a lot of good patrons who come in and enjoy the restaurant so, I think they’ll be able to get through it,” said Chris Kelly, who showed up with his daughter for dinner, only to find the sports bar closed.

The hole has not yet been declared a sinkhole but did double in size in a matter of hours overnight Tuesday. 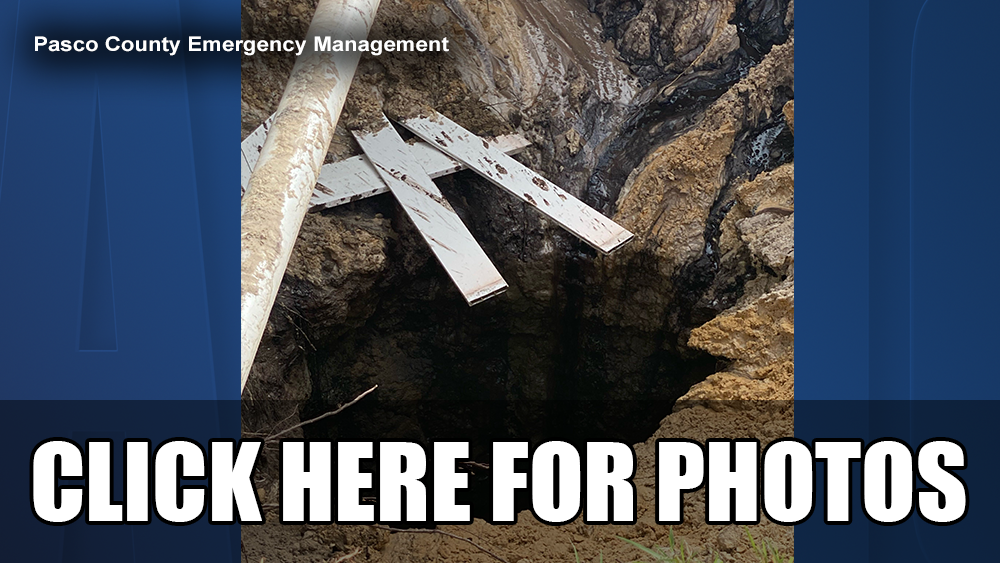 County crews erected a fence around the depression Wednesday night to protect the public.

“The security fence is being put up out of an abundance of caution,” said Fossa. “Stay away from here. It’s a very unsafe place right now.”

The depression is located on private property belonging to a nearby HOA. ABC Action News has learned that the HOA and owner of the Varsity Club Sports Bar property have hired an engineering firm.

According to Fossa, engineers will conduct an assessment and map out a fix for the depression Thursday morning.