Smedley’s chat at TIGS opened the door for other speakers to talk about their struggles and how to get help. This is the second annual TIGS, and its hosts are founder Mark Chandler and Eve Crevoshay, the executive director at mental health in games nonprofit Take This.

While many people won’t talk about the topic — even though 1-in-6 people is on depression medication — Smedley does. He has lived with it since high school and he has become comfortable talking about it over the years. He said he has had friends in the business who committed suicide and seen the consequences of failing to ask for or get help.

Smedley said if you broke a leg, you would get help. “Depression should be no different,” he said.

He said that while he grew up loving games and grew passionate about making games, he has had many tough moments with crunch and failing to keep a regular schedule. He said he did a lot of crunch, or excessive work, and he wasn’t proud of it. He found that crunch exacerbated his depression, and it took him a long time to find the right antidepressant medication that didn’t hurt his creativity or passion.

He realized that sticking to a more regular schedule helps reduce depression. He discovered he was a morning person and often wakes up at 4:30 a.m. or 6:30 a.m., and on that schedule, he can’t afford to binge on playing games until 1:30 a.m. anymore. As a manager, he sees the signs of depression and has learned to offer help at the right time. He lets them know he is a safe person to talk with. 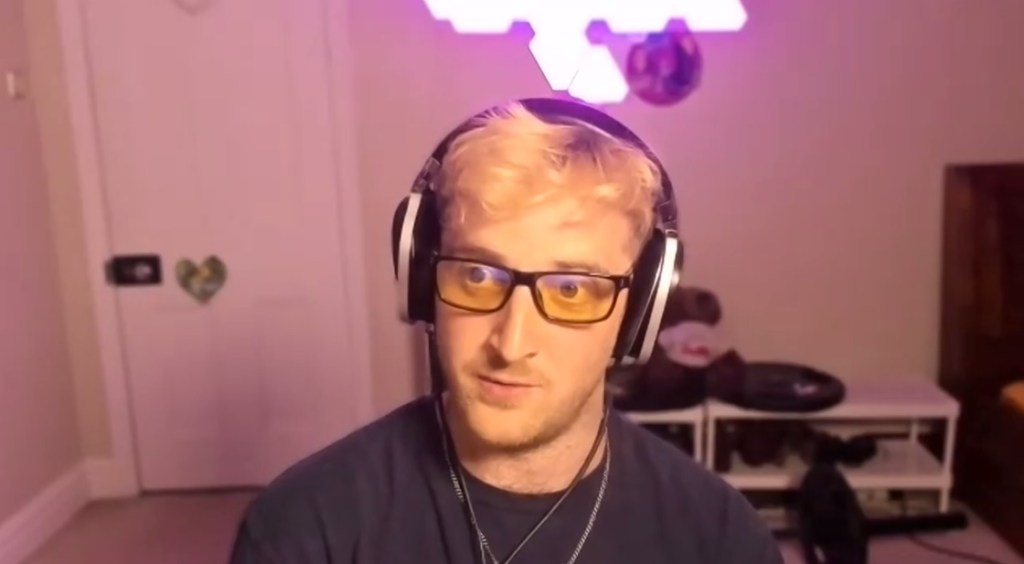 Above: Callum Underwood of Robot Teddy.

“I see colleagues going through it. I have lost teammates to suicide. I gave a eulogy for a teammate who took his own life,” he said. “I’ve seen people go through tough times and bounce back. It doesn’t hurt their careers. You’re not alone. There are a lot of people who are just like you. I am one of them. This is not a war you can win. It has its ups and downs. I was able to find a way through work through the darkness and keep my depression under control.”

Smedley said he remains passionate about making games and working in the game industry.

“I’m not always perfect. But this is a message of hope,” he said. “I’ve learned that having depression doesn’t mean you can’t be happy. It’s not a life sentence with a gray cloud over your head. You can beat it. The first step is realizing you have depression and asking for help.”

Smedley’s talk led to a session on how successful game leaders cope with depression.

“If the three of us can get up and talk about [mental health], people will feel less lonely about it,” said Callum Underwood, a business developer and game consultant at Robot Teddy, during a panel on depression.

Underwood said you can throw yourself into work and get more self-validation than normal. But he has bad days and will tell the staff he has to stay in bed and take a mental health day.

“My depression can have a catalyst or no catalyst at all,” Underwood said. 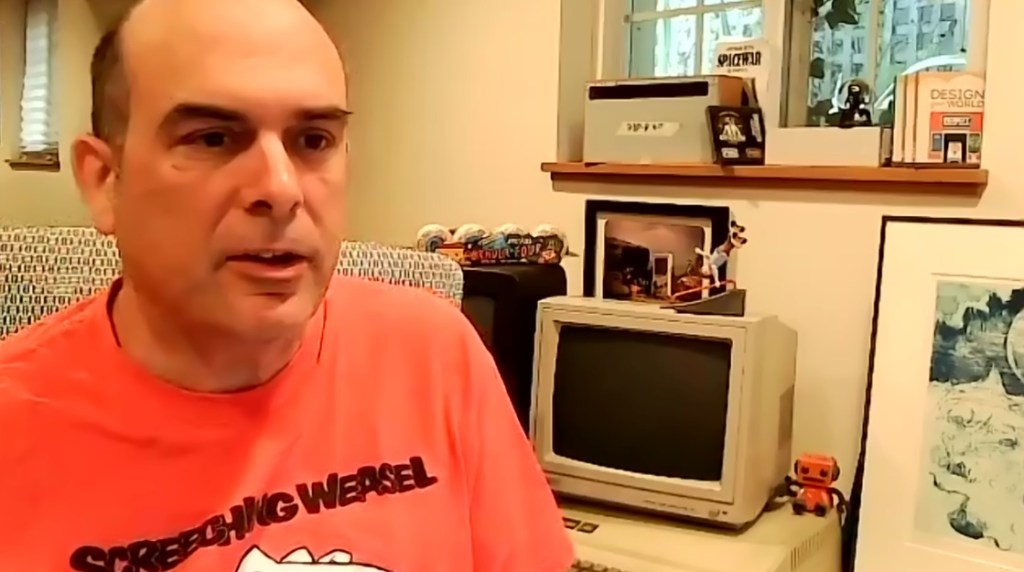 Above: Chris Charla, the head of [email protected], talks about coping with depression.

[email protected] head Chris Charla also said he suffers from depression, with occasional “horrible thoughts.” He said he had never mentioned it publicly until today. He feels like work helps to distract him from depression, as he knows how to behave. When he gets home, he also tries to dive into things like “zines” to help with distraction.

He said Microsoft is supportive about having free counseling and taking mental health days. Not everyone is an expert at handling it with coworkers and you hear a lot of platitudes, but Charla said, “It comes from a good place.”

Mike Wilson is a cofounder of Fall Guys publisher Devolver Digital, and he’s had depression going back to 2003. He had sold a company and had too much time on his hands. He felt that dealing with depression and talking about it was a common part of working with artists. Wilson said he went to a doctor and found the right medicines that saved his life. 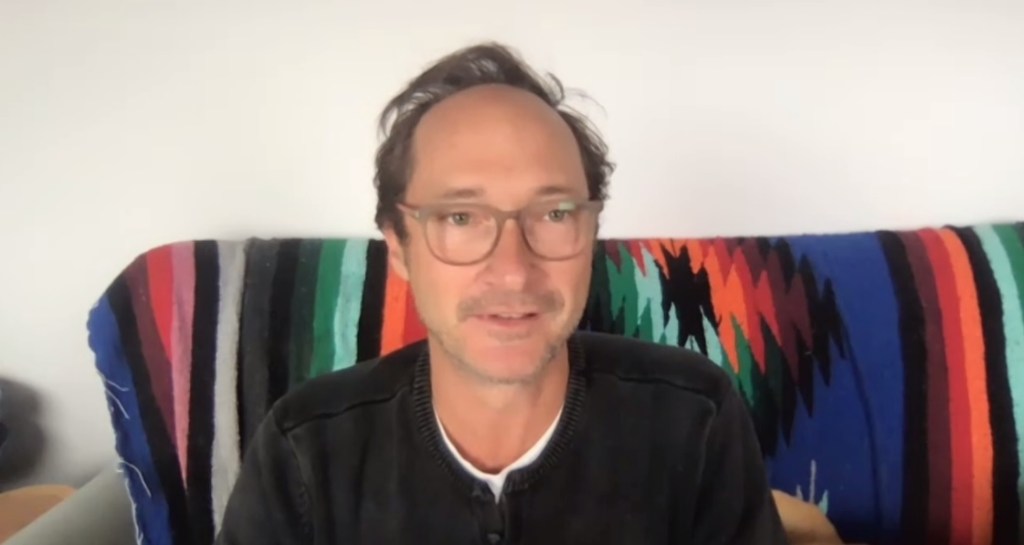 Above: Mike Wilson, cofounder of Devolver Digital, talked about having depression since the early 2000s.

He said, “The eventual recipe for me was exercise and trying to find some sunshine and eating good food.”

But he said that clinical depression is like “a big heavy wet blanket that doesn’t care about what is going on with your life.” He said while it may last for your whole life, that doesn’t mean you can’t manage it.

Help for women and people of color

Tricia Gray is the CEO of Our Machinery (which makes dev tools) and moderator of the panel, and she said that not everyone has good experiences coming out about mental health issues, as people of color or women are often judged differently in the workplace. But she said she tells people how she feels when it can make a difference for how she functions in the workplace.

Chandler noted that this year he made an extra effort to get men to come and speak up because they often viewed admitting to mental health problems as a sign of weakness.

Crevoshay said that there is a culture of secrecy, a culture of how games are made, a way of dealing with toxicity and harassment, and other things that represent structural and systemic challenges for how the industry deals with mental health. 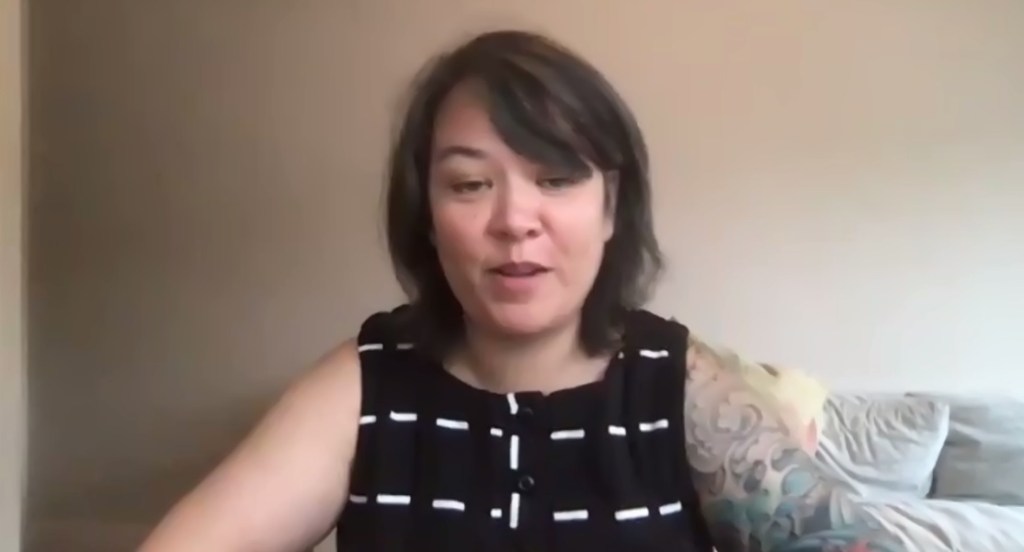 Above: Tricia Gray is the CEO of Our Machinery.

Anita Sarkeesian, the executive director of Feminist Frequency, said she was also interested in how nonprofits can help companies big and small deal with systemic issues that hold people back from getting help.

Sarkeesian said that people seek out individual solutions that aren’t always successful in the face of such systemic problems. Sarkeesian said that when she was harassed, she found people didn’t take it seriously, particularly on social media. She saw similar behavior toward other marginalized people.

“If we can’t see systemic issues, we are constantly putting a Band-Aid on a gushing geyser,” Sarkeesian said. “We need enormous cultural shifts in the way we talk about mental health. There still is a lot of shame and stigma associated with it.”

How to implement a segmental body composition monitor and a kitchen scale 0.1 g graduation in your fitness routine

How to Incorporate Art Deco in Real Estate Style