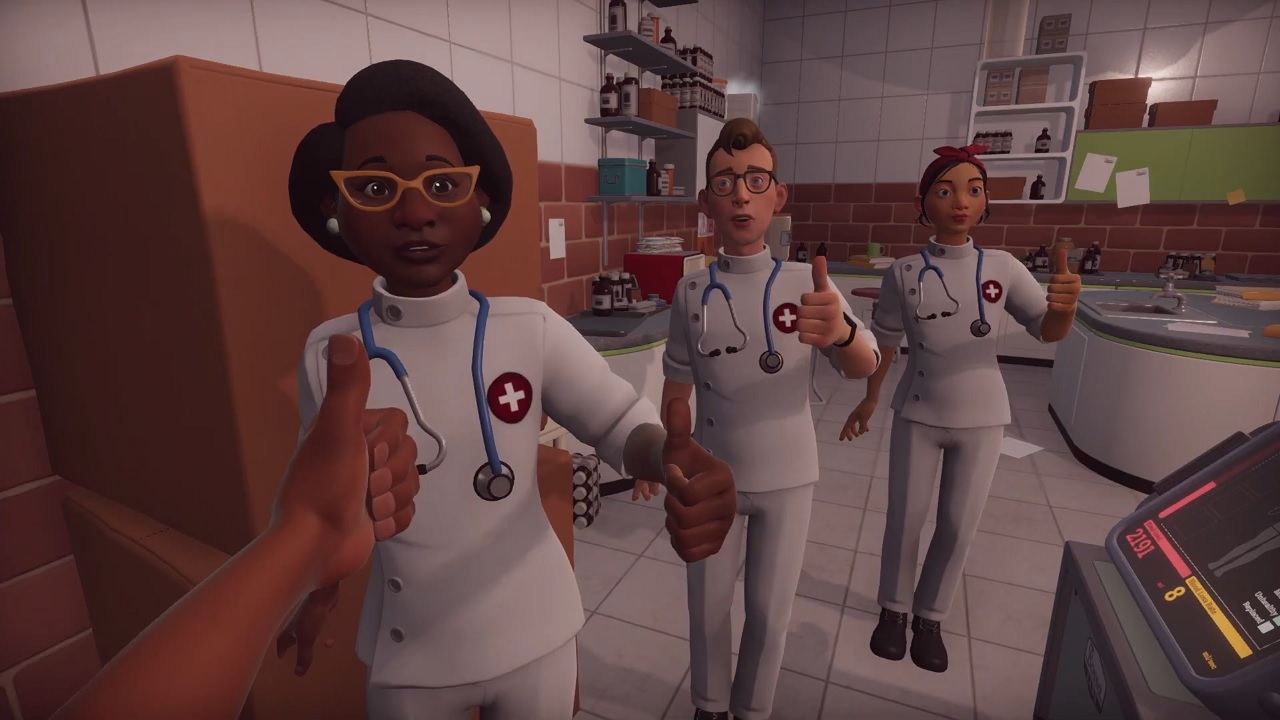 Bossa Studios believes Surgeon Simulator 2 players could learn a thing or two from the real professionals, so it’s giving the game away for free to NHS workers in UK.

It turns out that open heart surgery can be quite hard. You’re trying your hardest, moving bones and organs around and then you accidentally knock a whole plate of tools into your patient’s chest cavity. These things happen. Bossa Studios knows, and they’re aimed at bringing in some professional talent to help in the UK. They’re launching National Health Service: National Handout of Surgeon Simulator initiative, or NHSNHSS.

Bossa Studios announced its lighthearted (pun intended) giveaway in a press release on October 1, 2020. Bossa Studios CEO Henrique Olifiers offered his hope that medical professionals might show the less trained of us a thing or two about the game.

“At Bossa, we’ve always envisioned Surgeon Simulator 2 as a valuable training tool for NHS workers to hone their healthcare skills!” said Olifiers. “The Surgeon Simulator 2 community is frankly rubbish at saving Bob, so we think our players need to be shown how it’s really done.”

To that end, Surgeon Simulator 2 copies will be free to UK NHS professionals from now until October 22, 2020 via a special page of the game’s website.

“Surgeon Simulator 2 is absolutely NOT a viable medical training tool,” said Dr. Morgan.“However, I do enjoy playing video games in my spare time and I’m confident medical professionals around the world will find Bossa’s interpretation of medicine, and the possibility of five-second heart-transplants, very amusing.”

To that end, Bossa Studios is also partnering with North Lincolnshire NHS Trust to launch a Surgeon Simulator 2 speedrunning stream on October 15, 2020 at 10 a.m. BST / 2 a.m. PT / 5 a.m. ET in which real doctors will put their medical practice to the test in the game to raise money and improve MRI facilities.

It’s all in good fun and the money goes to a good cause as real doctors will try to show us how to not botch a surgery in record time. Honestly as wacky and creative as Surgeon Simulator 2 has been, we can’t think of a better way for Bossa Studios to rep it. Well done, Bossa.

TJ Denzer is a player with a passion for games that has dominated a lifetime. When he’s not handing out beatdowns in the latest fighting games, exploring video game history, or playing through RPGs with his partner, he’s searching for new food and drinks in the constant pursuit of good times with good people inside and outside the South Texas area. You can also find him on Twitter @JohnnyChugs.

Ellie Goulding opens up about her mental health struggles: ‘I don’t feel things’

10 Movies and TV Shows That Portray Mental Health With Accuracy