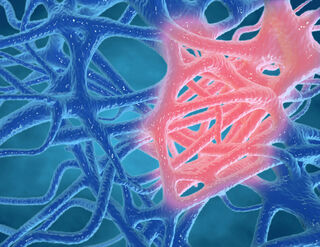 When the body goes to war to fight off infection

Individuals who have higher levels of a specific inflammatory marker known as C-reactive protein (CRP) are at a higher risk of developing depression within five years. When bacteria, viruses, and parasites invade the body, the immune system recruits white blood cells, cytokines, and proteins to fight off the unwelcome invaders. The immune system works to mark certain areas as injured as a way to bring more attention to this area.

Taking a look at the research

Environmental stressors can cause inflammation

Stressful environmental triggers, such as poverty, abuse, and trauma, all contribute to the development of inflammation in the body. When the body is stressed, from either physical illness or a host of environmental stressors, it wants to fight off the “attackers” and, as a result, gives off an inflammatory reaction, increasing the risk for the development of depression.

The link between autoimmune disorders and depression

Autoimmune diseases are chronic inflammatory disorders that produce invaders known as antibodies that attack normal, healthy body tissues. In other words, the body attacks itself, creating an inflammatory reaction. Common autoimmune disorders include rheumatoid arthritis and lupus, and individuals with these chronic illnesses are more prone to the development of depression.

Looking towards the future

There is still much to be learned about the relationship between inflammation and depression, as researchers have only begun to scratch the surface. Current research is being performed to target inflammatory markers and prevent them from being active in the body to inhibit the downstream effects on neurotransmitters and brain circuits in hopes of preventing depression.