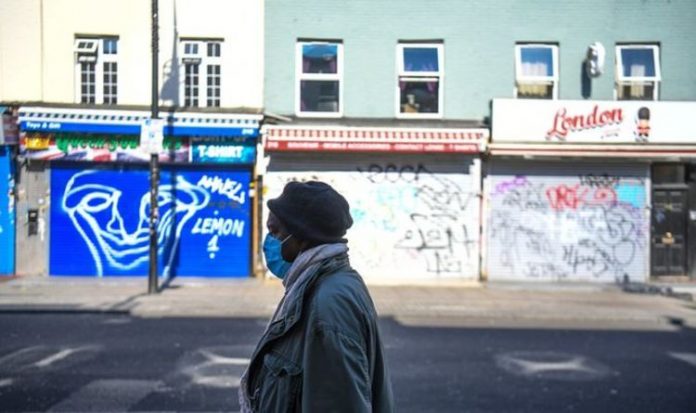 And poverty leads to higher early death rates, according to the Health Foundation. It said that for every 10 percent rise in employment, men enjoy a longer healthy life expectancy of five years.

Women in deprived areas with only a 60 percent rate of employment can expect 80 years of life, with only 56 of them in good health.

But in areas of 74 percent employment, a woman can live to 86 and enjoy 72 years of good health.

David Finch, senior fellow at the Health Foundation, said yesterday: “The Chancellor’s recognition of the profound effect that being unemployed has on health and wellbeing is welcome.

“The economic recession that is likely to come in the wake of the pandemic risks further worsening health inequalities now and in years to come.

“The Government needs to be much bolder in its response, ensuring that ‘levelling up’ addresses both the impact of Covid-19 on the economy and the inequalities that already existed before the pandemic.”

He added: “More action and investment will be needed in the areas that have strongest influence on people’s long-term health and wellbeing, including social security, children’s services and education.

“As we move from crisis management to recovery, government, businesses and wider society all have a role to play in giving everyone in the UK the opportunity to live a healthy life.”

Unemployment fuels a rise in smoking, drug and alcohol use which can have a lasting impact on health and cut a lifespan.

People without work also suffer from higher than average levels of anxiety, depression and low selfesteem. No salary and a reliance on benefits can also mean being forced to live in poorer housing and being unable to afford healthier food.

Polly Neate, chief executive of homelessness charity Shelter, said: “The economic chaos unleashed by the pandemic means thousands of people are worried about losing their homes for the first time.

“Rising unemployment and falling incomes will only intensify our existing housing emergency.”

Unemployment is expected to almost double to 7.5 percent by the end of the year, according to the Bank of England.

The most positive forecast from government spending watchdog the Office for Budget Responsibility shows unemployment rate peaking at 9.7 percent this year, and returning to pre-pandemic levels in 2022.

But in its least optimistic scenario, it peaks at 13.2 percent next year with four million people out of work. And it is still at 6.3 percent in 2024.

Between March and August the number claiming benefits rose 120 percent to 2.7 million.