Yale University has been accused of not doing enough to support their students’ mental health after a woman who attempted suicide spoke out about the trauma inflicted on her by the college rules.

The female sophomore, known only as S., told The Washington Post that she was struggling while at Yale to come to terms with being raped, at home over the summer holidays, throughout early 2021.

In June 2021 she took an overdose of pills, and recalled coming round and thinking: ‘What if Yale finds out?’

Yale’s policies mean that students deemed suicidal are not allowed on campus, and must be cared for at home, the paper reported.

To return to class, they must reapply – writing an essay, and sending in letters of recommendation.

Until April this year, they also had to be interviewed by Yale officials and prove their academic worth by taking two courses at another four-year university.

Those who left for mental health reasons also had to demonstrate to Yale that they’d addressed their problems, the paper reported.

Yale denied that students were pressured to leave, saying the students themselves ‘almost always’ make the decision.

‘Occasionally, students take time away from the daily pressures associated with an academic environment and devote full attention and as much time as necessary to recovery,’ said Karen Peart, a spokeswoman for the university.

She told DailyMail.com: ‘The students themselves are almost always the ones to make that decision; it is rare for students to be required to take time away.

‘In these cases, Yale has policies that facilitate a medical withdrawal followed by a return to campus life. 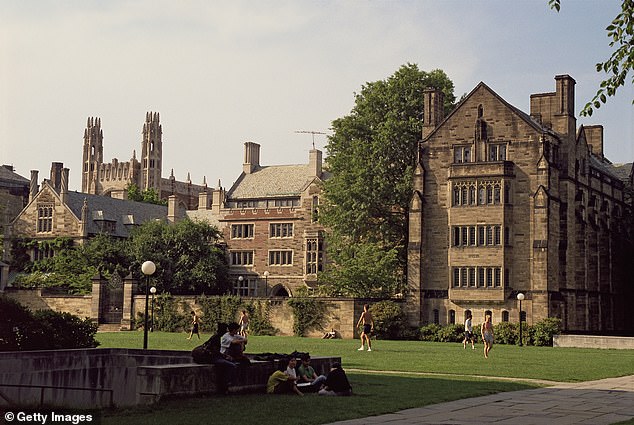 Yale has reported an ‘explosion’ in demand for mental health support, with the number of students seeking treatment in 2021 increasing by 90 percent from 2015. On Friday, The Washington Post spoke to dozens of students who said not enough was being done, despite the university’s $41 billion endowment 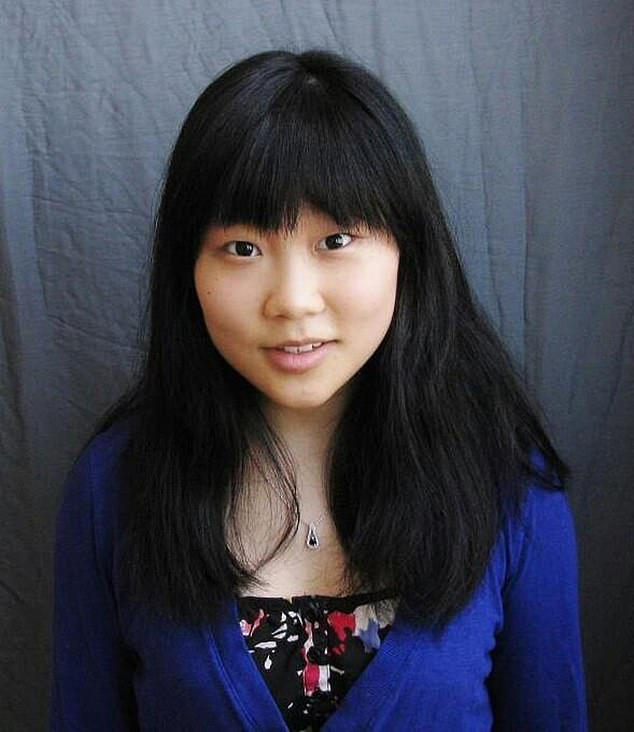 Luchang Wang, a 20-year-old math student, died by suicide in 2015, saying she was terrified of being forced out of Yale

The suicide attempt by S. followed two other high-profile cases at the Connecticut institution.

In 2015, a 20-year-old math major, Luchang Wang, jumped to her death from the Golden Gate Bridge, having left a note saying she was terrified by the prospect of not being readmitted to Yale.

‘Dear Yale, I loved being here. I only wish I could’ve had some time,’ she wrote.

‘I needed time to work things out and to wait for new medication to kick in, but I couldn’t do it in school, and I couldn’t bear the thought of having to leave for a full year, or of leaving and never being readmitted. Love, Luchang.’

In March 2021, a second student, Rachael Shaw-Rosenbaum, had killed herself on campus after contemplating the consequences of withdrawing from the school, her family said.

She was a freshman at the university, and, struggling with isolation amid the pandemic, had been admitted to hospital with mental health issues – but was haunted by the thought of being forced to withdraw, and losing her place.

‘I have attempted suicide 3 times in the past 3 days and have not stopped thinking about it,’ she wrote on Reddit on March 16, 2021.

‘What do I do? If I go to the hospital again this year, I will be academically withdrawn from my university…’ 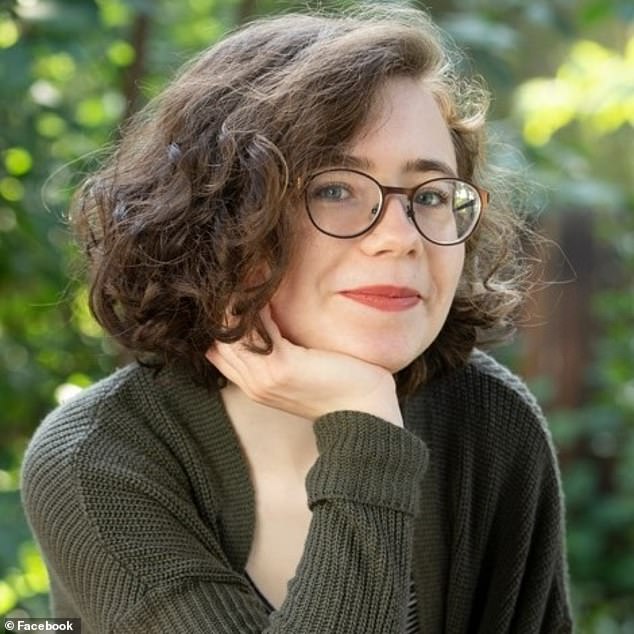 Rachael Shaw-Rosenbaum, 20, from Anchorage, Alaska, took her own life on campus in March 2021

Twenty five students interviewed by The Washington Post said that the university with its $41.4 billion endowment had plenty of money, but was not spending it on the necessary mental health resources.

Some said that the sought help from Yale counselors, but never heard back. Others said appointments were so scarce they had to wait weeks for one 30-minute session.

‘It actually made things worse,’ said Shayna Sragovicz, 22, a senior.

‘Because you’re opening up a can of worms in people’s psyche and then not giving them space to work through them.’

Others said they had come to the conclusion that it was better to keep their mental health issues and suicidal thoughts to themselves, to avoid triggering withdrawal policies.

‘It’s the exact opposite of what you’d want to happen,’ said Miriam Kopyto, 22, a senior and a leader in the Yale Student Mental Health Association. 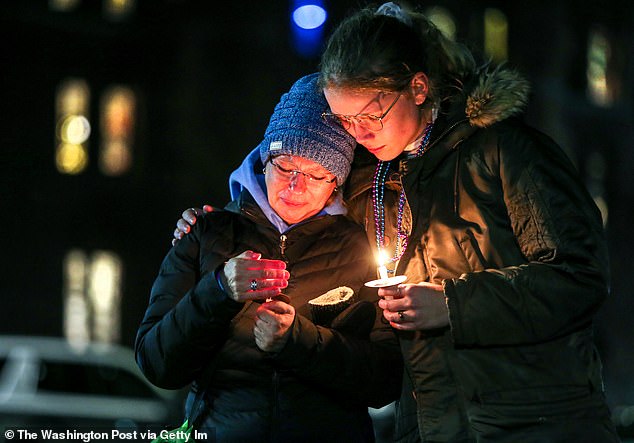 Pam Shaw, the mother of Rachael Shaw-Rosenbaum, is seen at a vigil for her daughter on April 3, 2021

Paul Hoffman, the psychologist in charge of student mental health at Yale, pointed out that the university has been confronted with an ‘explosion’ in demand for mental health resources.

The number of students seeking treatment in 2021 had increased by 90 percent from 2015, with 5,000 wanting to access support.

‘It’s like nothing we’ve ever seen before,’ he said. 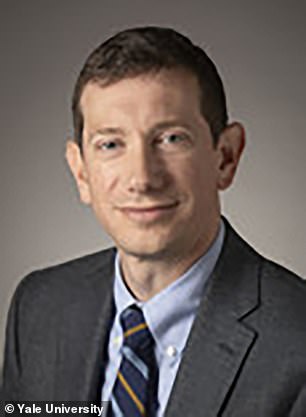 Paul Hoffman, the psychologist in charge of student mental health at Yale, said more resources were being directed to mental health

The Ivy League college’s reputation also demands excellence from its students: 34 percent of the 14,500 students at Yale seek mental health help from college counselors, compared with a national average of 11 percent at other universities, The Washington Post reported.

Every Ivy League school except Yale and Brown has joined a four-year-long program launched by the Jed Foundation, a nonprofit group which works on suicide prevention and mental health support for young people.

The program is designed to improve its mental health policies.

‘I’m not sure why Yale hasn’t joined,’ said Roy, who also works as an assistant psychiatry professor at Yale.

‘I’ve had conversations with them, and even met with the president and others at one point about it.

‘I don’t think they’re ignoring the issue. But they’re doing their own thing.’

In a written statement, Yale spokeswoman Karen Peart said: ‘The College engages in frequent evaluation of all its policies in an effort to best serve our students.’

Yale says that it has hired six more counselors, and that more than 50 now work with their students.

Hoffman said the majority of students are now able to get therapy appointments within two weeks, and Yale is planning on increasing its mental health resources.

‘Yale has made a very significant commitment to resources for mental health,’ he said.

Yet S. said she the experience only served to heighten her trauma.

‘I feel so much pressure right now. Like I can’t slip up,’ she said.

‘Like I have to be extraordinary for Yale to remember why they let me in in the first place.’

In July, she learned she had been accepted once more, and could return to the university.

But she remained angry at her treatment.

‘They never asked what they could do to help with the sexual assault and PTSD. Not a single question about how Yale can support you. They didn’t take into account who I was and what I needed,’ she said.

‘Their only concern was that I leave.’

Yale told DailyMail.com that The Washington Post story was misleading.

‘Recent statements in the Washington Post do not accurately reflect Yale’s commitment to the safety and wellbeing of our students and community,’ said Peart.

‘The health and safety of Yale’s students and community members is the university’s top priority.’