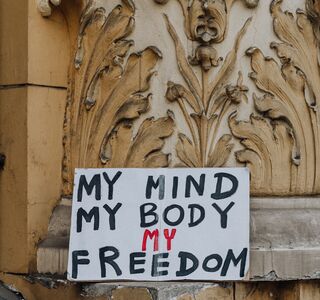 The recent Supreme Court decision to overturn Roe v. Wade held that abortion is no longer protected at the federal level. As a result, many U.S. states are enacting legislation that bans abortions for individuals who are pregnant, with only 16 states providing some level of protection for abortion rights (Guttmacher Institute, 2022). Several states have provided exceptions for these bans, including in the cases of rape and/or incest; however, the practical applications of these exceptions often fail to protect these individuals.

For example, nearly all laws that have an exception for rape and/or incest require the affected individual to either report the rape or incest to the police or require the abortion provider to file such a report. It is well-documented that rape and incest are drastically underreported, with two out of every three rapes going unreported (Rape, Abuse & Incest National Network, n.d.) and only 20 percent of incest cases being reported, despite nearly 100,000 incest cases occurring annually (Barry, 1984).

More recent estimates state that around 1 in 6 boys and 1 in 5 girls will be sexually assaulted before the age of 18, and of those, rates between 30-60 percent were sexually abused by a parent (Darkness to Light, n.d.; New York City Alliance Against Sexual Assault, n.d.).

There are a wide variety of reasons that cases of rape and incest may go unreported, including threats made by the perpetrators, fear of retaliation, fear of not being believed or blamed, shame, distress related to reporting and the court process, and posttraumatic reactions (National Child Traumatic Stress Network, n.d.; Rape, Abuse & Incest National Network, n.d.). Reasons cited for incest being underreported include the crime being perpetrated by someone the victim cares about, conflict in the family, secrecy in the family, public shame that can occur if reported, and perpetrators making threats to the victim (Barry, 1984). Most perpetrations of incest are also repeated and lead to many psychological, physical, biological, and behavioral consequences.

Many survivors of these traumatic experiences may have posttraumatic reactions, including fear, confusion, not remembering details of what happened, feeling powerless, feeling betrayed by the perpetrator if they knew them, anxiety, depression, denial, difficulty sleeping and/or eating, withdrawal, hypervigilance, and suicidal thoughts (Rape, Abuse & Incest National Network, 2008). Survivors of incest may also experience complex trauma reactions such as difficulty regulating emotions, feelings of emptiness, feelings of being out of control, difficulty in relationships, and dissociative symptoms, which can further impact memory loss and physical symptoms (Courtois, 2004). Given the posttraumatic reactions that survivors experience and the low rates of reporting, it is difficult for many survivors to report these cases prior to seeking an abortion.

In addition to the barrier of reporting, some of these laws are impractical or vague, and in many places, new legislation has led to confusion and fear among providers. For example, in Mississippi, where there is currently an exception in the case of rape, providers are fearful of providing abortions due to the possible consequences of jail time or lawsuits (Taft, 2022). Most recently, West Virginia banned abortion except for rape and incest (Richards, 2022). However, the abortion would have to take place within the first eight weeks of pregnancy and requires a report to law enforcement officers.

With disheartening statistics regarding reporting rates and fear among providers, these laws, seemingly meant to protect survivors, are often ineffective (Ketatos, 2022; Teklehaimanot & Smith, 2004). In many states, the impact results in a mandate rather than a decision a survivor makes. This de facto withdrawal of choice may further compound feelings of powerlessness that survivors of rape and incest experience.

Many providers have shared that it would be more feasible for a person to travel across state lines instead of providing abortion in states with these exceptions. While highlighting the social inequities that these laws exacerbate is beyond the scope of this article, it is important to note that these laws will have a disproportionate impact on individuals with lower incomes. In a survey conducted by the Bureau of Justice Statistics on survivors of sexual assault, 44 percent had an annual household income of less than $25,000 (Morgan & Thompson, 2020).

Though some states have certain exceptions to abortion bans, these laws are often not feasible or realistic in helping survivors of rape and incest to access critical healthcare. Given these challenges associated with current exceptions to abortion bans, psychologists should identify strategies to best support patients, especially those who are most vulnerable, including trauma survivors. These strategies may involve advocacy for new legislation that addresses the concerns discussed above, programs that support trauma survivors, or providing these patients with resources.

To find a therapist near you, visit the Psychology Today Therapy Directory.